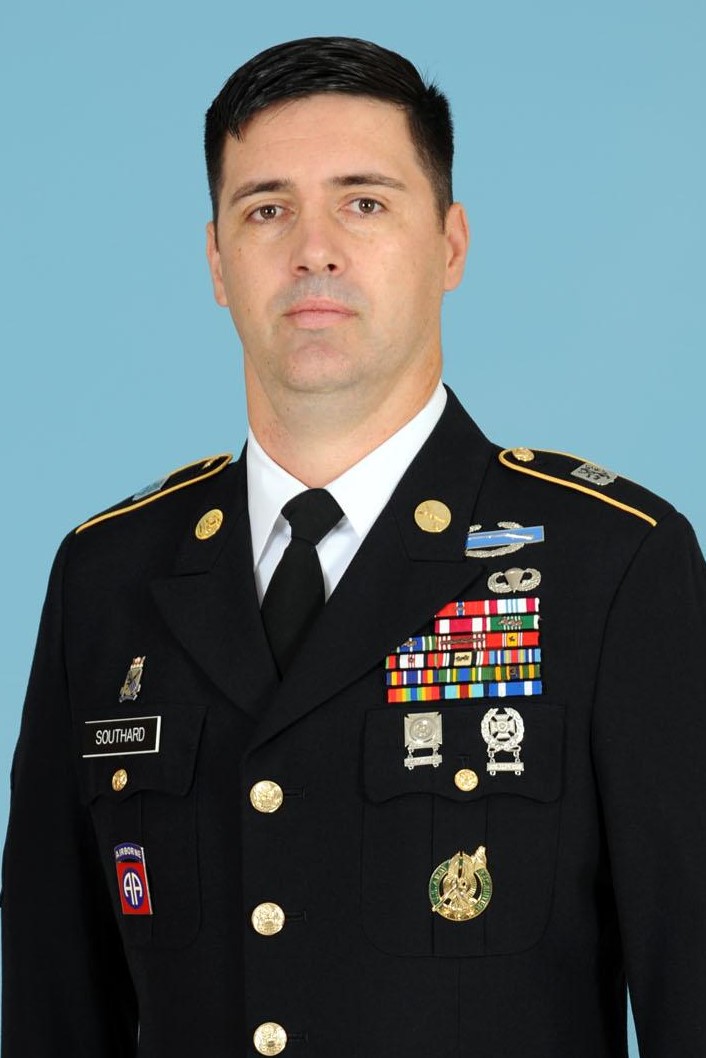 First Sergeant (Retired) Tony Southard was born in Pinehurst, North Carolina. He is a graduate of East Montgomery High School and holds a Bachelor of Science in Management from the University of Maryland, University College. He entered the United States Army July 25, 1995 and attended One Station Unit Training at Fort Benning, Georgia.

First Sergeant Southard retired from the Army in 2017 after 20 years of honorable service and is currently instructing JROTC at Eastern Randolph High School. He has been married to the former Monica Espinoza Forsang since 1999 and they have two daughters: Bella and Embry. They have made Asheboro, North Carolina their home.